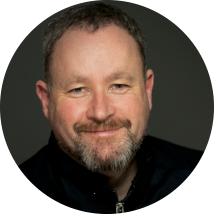 Favourite quotation
“If at first you don’t succeed, then skydiving definitely isn’t for you.” Steven Wright

When did you know you would be a designer?
I was nine or 10 when my Roman burial drawing got a 9/10 and the essay got 5/10 that I realised that I was much better at visualising things than writing.

What do you most enjoy about it?
I think I am very fortunate as every brief is different, each job has new challenges and it’s a way of seeing that I enjoy. So many people dislike their jobs but despite the sleepless nights trying to solve a problem, I wouldn’t change much.

If you weren’t a designer, what would you do?
The only other area I have grown to be interested in is psychology – so maybe a therapist.

Favourite place?
For sheer natural beauty, the Grand Canyon and for a man-made build, the Cathedral Basilica of Barcelona.

Who or what inspires you?
Pablo Picasso said, “Good artists copy, great artists steal.” and I think that is very true. David Lynch has the ability to take the normal and skew it; a different way of seeing life. Graphically, it has to be the designers Peter Saville, Why Not Associates and Vaughan Oliver.

Outside of design, Pep Guardiola, the football manager. Having read several biographies about him, his creative thinking and visionary ideas to change standard acceptance is inspiring.

What are your favourite reads?
My favourite writers vary over the years and generally they tend to be American. F Scott Fitzgerald, James Ellroy and Douglas Coupland have written classic books (The Great Gatsby, Black Dahlia, Generation X). Last year I read Jon Ronson’s You’ve been Shamed which is a brilliant yet terrifying read about the awful power of Twitter. As I get older, I really enjoy biographies and also read far more business books. Matthew Syed is a great read as he frequently combines sport with psychology and business; his book Black Box Thinking is a must read to anyone wanting to improve their business approach and creativity.

What’s on your current playlist?
I recently discovered the Public Service Broadcasting‘s ‘Race for Space` which uses montage clips of NASA communications; uniquely moving and inspiring music. The Manic Street Preachers ‘Resistance is Futile’, Sufjan Stevens ‘Carrie and Lowell’ and the deluxe version of Fleetwood Mac’s ‘Tusk’ are constants. I think ‘Tusk’ is one of the boldest, creative and innovative albums a band has ever made. It’s back to basics was a head of its time, more punk than punk and such a brave move after making one of the most successful albums (Rumours) of all time.

What was the first record you ever bought and where from?
It was a single called Music by John Miles. I used to spend most Saturdays in a record shop called MJM Records when I was teenager and bought countless records there. The film Hi Fidelity was exactly like that time.

All-time favourite album?
On any given day, my answers would be different but it ranges from Bruce Springsteen’s The River, REM’s Automatic for the People, Sufjan Steven’s Carrie & Lowell, The Pixies’ Doolittle, and the guilty pleasure is Animals by Pink Floyd